How I Decided To Love Myself

After about a hundred years in therapy, I think I’m (finally) starting to get the idea that it’s okay, and more than that, it’s important to love myself. I don’t mean “get it” in the intellectual sense; that wasn’t so tough. Instead, I’m beginning to “get it” emotionally, deeply, so that it in fact affects choices I make about my life.

Before I could love myself, I had to decide that I wasn’t more broken, twisted disgusting, unforgivable and dirty than everyone else in the world. True, I wasn’t a serial murderer. I didn’t pollute the water of a developing nation so that I could make scandalously large profits for my chemical company. I hadn’t stolen any little old lady’s retirement savings. Still, I was convinced that my innate horribleness somehow set me apart from the rest of humanity.

Then I accidentally fell into blogging. It started when I was Googling “depression” and “sexual abuse” and “suicide,” mostly because that’s all I was thinking about at the time. I stumbled across a few blogs (some that I still follow) and I couldn’t believe it. Other women had experiences like mine. Not only that, but some of them self-harmed; many knew the confusion and self-loathing and anger and numbness and everything else I was experiencing. In retrospect, it seems naive and even laughable that I ever thought there weren’t others who felt like I did. I just hadn’t talked to any of them before.

Twenty-two months later, I realize that this blogging community has been life-changing, literally for me, for multiple reasons. 1) I learned that my experiences are all too common. 2) I have been warmed by the consistently compassionate and supportive voices of other bloggers. 3) I could see the strength and intelligence and beauty of other women working through their own pain, and they served as powerful role models for me. 4) I got to use my compassionate voice on a regular basis in comments to others, because I genuinely admired and felt for them.

At some point, it clicked that I wasn’t so different from everyone else. I wasn’t more (or less) broken. If other women had been through horrific experiences and could still be creative, amusing, insightful, loving people… maybe that could be true about me too. If they deserved love and compassion–and I could clearly see they did–then maybe I did, too.

Other factors contributed to this revelation as well. I started trying to pay attention to the experience, feelings and needs of the little girl that I used to be. When you think about a second grader, it’s hard to believe she is dirty and disgusting, no matter what happened to her.

E and I talked a lot about shame in therapy. I shared with her my most shameful memory, and she didn’t run to the bathroom to vomit in disgust. She didn’t fire me from her practice.

I read Brené Brown’s work on shame and tried arguing with her (in my head). Some of the examples in her book, such as when she gave a speech that didn’t click with her audience, seemed vastly different to my example of [substitute multiple humiliating experiences here]. But after a while, I think Brené won that argument. I had to agree with her that shame is lethal, and that if I couldn’t entirely let go of it, maybe I didn’t have to cling to it quite so tightly.

And I meditated, not always for a long time, but nearly every day since May. I started with short guided meditations, and I still use guided meditations sometimes but also meditate without them. (As a side note: I use the Insight Timer app, which has over 3000 different guided meditations and also has some discussion groups where I’ve been able to learn more about distinct approaches to mediation. It’s an amazingly good app.) What this meditation practice has taught me is that I am not my thoughts. I can actually observe my thoughts or my emotions, honor them, but not be ruled by them. And I certainly don’t need to shame myself for having emotions that are simply part of being a human being. This was an incredible breakthrough in my relationship to triggers and trauma-based reactions.

I am not claiming that I am “cured” from negative thinking, depression, self-harm or anything, really. I’ve been up and down in my mood the last few months and that may continue. What’s different, though, is that even when I’m down, I’ve decided to be kind to myself. I’ll give myself space, rest, quiet. I won’t make the heavy weight on my chest heavier by telling myself it’s my own fault. I’ll keep going to therapy and going for walks. I’ll try to keep up my meditation practice and play with my dogs and other things that help me stay in this moment, rather than in the traumas of the past. Even when the voice in my head says “I’m a bad person” (one of its consistent complaints), I am able to hold space for the thought, “or maybe I’m not bad but that voice is an ingrained response to something that’s upsetting me, and I could consider what I’m upset about instead of getting caught up in the ingrained response.”

I’m curious to see where this will lead me. And I’ll confess, I’m a little hopeful (and at the same time, it makes me nervous to write the word “hopeful,” as if I’m setting myself up to be disappointed). Cautiously hopeful. 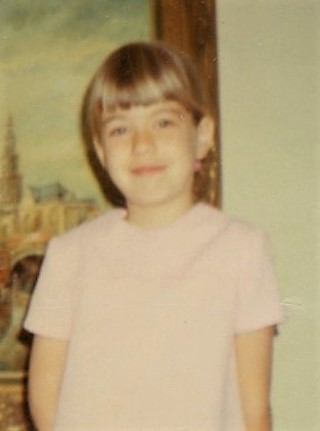