I ask myself sometimes, why do I have so many abuse stories? Different men, different periods of my life, child, teen, adult. It’s easy to slide into thinking: I’m such a pathetic loser and never learn. Yeah, I know, not so helpful.

In fact, I think two things have gone on in my life:

I don’t know why my antennae are faulty. I don’t think I’m an insensitive person. But it’s hard for me to know when someone is going to hurt me or even is in the process of hurting me.

It might be that I was born with a certain type of blindness. Or it could be that blindness was cultivated in my childhood, when trust and affection were mixed in with violations. Who knows. I suppose it doesn’t matter how it developed.

What bothers me is that I still have it, and it is still playing out in my life. Not in a sexual way, not these days. I’m thinking more of the mind fucking that can happen at work.

Case in point: a close colleague of mine was told a month ago that she needs to be looking for another job. That was bad enough, but at least the company offered severance and some time to transfer her work load. Then last week, senior executives decided she might be a risk to the company. They searched through her work and personal email on her computer and went through her Dropbox folders.

Does that seem right to you? They searched her personalemail too? They read Dropbox files in a folder marked PERSONAL. Is this normal?

One thing they found were two letters of recommendation, one from another colleague and one from me. Completely natural. We have worked with her for years and are in the perfect positions to write letters about her work to potential employers.

The executives called me in for a “conversation” on Tuesday morning. The email requesting the meeting came Monday night, labeled “MUST ATTEND.” No other information. I entered the room on Tuesday with the HR Director and two executives waiting for me. Shall I point out that they have known me and worked with me for about seven years, in which time I have worked tremendously hard, done some really good work, and brought in many new contracts and grants for us? But I met stern faces.

What happened next was an interrogation. The CEO had two single-spaced pages of questions prepared for me, starting with, “did you write this letter?” He handed me a print out of the letter of recommendation I had written. It went on for a while about why I would write that letter on company letterhead, did I think I had the right to use company letterhead (which I have used routinely for 15 years, even before I held leadership positions), was I trying to imply an organizational endorsement, did I consider asking the executive team before I did it, why didn’t I consult with them? It went on for a while, and although I was able to say of course I wrote the letter and naturally I used the letterhead as an indication of where I worked and that at no time did I write that I was speaking for the institution, there also came a point when I said, Look, of course I am friends with her, but I would never intentionally do anything to harm this organization.

Then there was more about did I know she was applying at specific places, did I help her make connections, did I suggest she talk to certain people. All of it was getting at questions of conflict of interest. The CEO kept talking in terms of “serious risk to our organization” and “highly confidential investigation” and even “we’ve lost a lot of sleep over this” (poor things). He would jump forward and backward in questioning like he was trying to catch me out in a lie. He even asked if I had communicated with her since Friday, when she was put on leave (yes, of course; I’m worried about her) and what did we talk about?

At the end, I was dismissed with a scolding. (There may be more to come, who knows). The meeting concluded with, “Thank you for participating in this difficult conversation.”

“Okay, sure, thank you,” I said. Force of habit type reply, but still. I said thank you for being subjected to a very harsh form of questionning that implied I was not a trustworthy employee, that I would collude in wrong-doing, that I had poor judgment and might not be telling them the truth. It was furthermore a conversation in which it was clear that obtaining this letter of recommendation was taken for granted as a normal thing to do. Never mind that I had provided it from my private email to hers. Never mind that she had saved it in the PERSONAL Dropbox folder.

And yet it wasn’t even until this morning that I realized how messed up this was. I didn’t like it yesterday. I felt uneasy. But I went along with it and said thank you, for heaven’s sake. Am I an idiot?!? 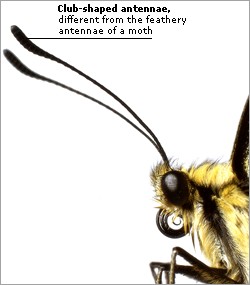 This is the organization where I have worked mountains of overtime. I have written grant proposals to bring in millions of dollars of research work. I have sacrificed too much of my physical and mental health to them. I have always assumed positive intent and given everything I could. And I was treated like a criminal suspect for things I either do not think were wrong or that I didn’t do or know about.

My colleague who had written the other letter of recommendation was called in after me. He got in an argument with the CEO and stormed out. Nothing wrong with his antennae.

I hate this, that I can’t realize what is going on in the moment. I feel foolish, clueless. I see how I can still be manipulated, how in the moment I can still put my trust in the wrong place. I let people walk right over my (non-existent?) boundaries and behave badly; then I thank them.