If you’ve read my blog in the last few days, you’ll know that I went to therapy last week, planning to share a written account of a painful story from past with E. I’ve worked with her for a very long time, and I do trust her. But I wasn’t able to give her the story I’d written up.

Why not? What am I afraid of? And is the fear insurmountable? I’ve been mulling over these questions over the weekend.

One thing I am afraid of it that I will not tell the story right. I am afraid I will bias it in a way to make myself look less guilty. I fear I will put too much emphasis on how bad Stephen was rather than on my own role in going there and letting everything happen–because I want to protect myself from her disapproval or scorn.

Do I really think she’d look at me with scorn? She would never show it, of course. And scorn is surely an exaggeration. But I do fear that hearing the full story will change how she looks at me. I told her some stories from my past before, but the other stories took place when I was a child or a teenager. This story is being a grown woman who knew what kind of person she was spending time with. It’s something altogether different. It’s a story about asking for it.

I know that “asking for it” is a problematic way to talk about it. I do not blame young women in college who go to parties and drink too much and become victims of rape or abuse. But my case is different. I truly, very realistically, am responsible for what happened. And it’s been so easy for me to go from “responsible” to “foolish, twisted, and dirty.”

I don’t know that E. will make that same connection. But it is really what I think and have thought for years, except when I mentally edit the story in a way that makes it more palatable to myself (for example, playing down all the signs I had ahead of time that something was wrong). I often have edited the story, for myself, in a way to make myself seem more sympathetic and less complicit. But while editing the story make it easier for me to bear, I don’t want to give an edited story to E. I feel like if I’m going to do this, I need to be honest with her. I don’t want to tell her any lies by omitting things or over- or under-emphasizing certain facts.

I even thought about this: what would happen if I told her the story in a way I felt comfortable, and work on healing what I can. Then I could go back and revise or add to it later. But I rejected that idea for multiple reasons: 1) If she knows or finds out later, E. may not fully believe other things I say later, even if they are perfectly true. 2) How is therapy supposed to be helpful without honesty? 3) I don’t want to lie to her; she doesn’t lie to me. 4) My integrity is important to me. 5) A partly true story is just hiding from exactly the parts that pain me the most, the parts that show I went along with it. 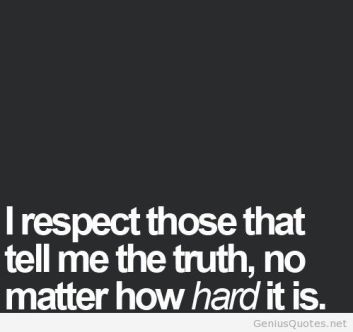 E. asked me what I needed in order to feel safe sharing the story. Ideally, I would want some kind of guarantee that her opinion of me won’t take a nose dive. That’s impossible, however; she can’t give me a guarantee ahead of time, because she doesn’t know what she will think of me after she knows the whole story.

Maybe instead I need the confidence that I will be okay no matter what she thinks. I need to own, accept, and care for the fearful part of myself. I need to tell E. what I’m afraid of and trust she will hear or read the story with as much respect and compassion as she can muster.